Your Pathway to a New Life After Service 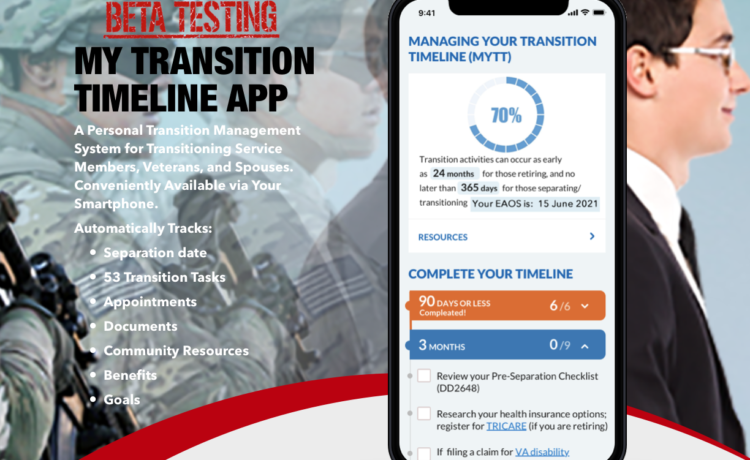 The Challenge: Every year 250,000 military service members embark upon the transition from active military duty to civilian life. For many this is difficult process—not just a vocational change; but a multi- faceted and monumental life change. Many of our veteran heroes return home requiring unique support to ensure they successfully adapt to civilian life. Veterans report widespread prevalence of problems in social functioning, including participating in community activities, relating to spouses, and keeping a job. Symptomatic of the reintegration problem are veteran incarceration, and homeless and suicide rates twice as high as those among the general public.

The process for a service member to reintegrate as a civilian is complex, riddled with potential difficulties. These difficulties traditionally occur upon separation from military life and during a veteran’s initial transition into the civilian population. There are numerous reintegration challenges that veteran service members face when they return home that are unresolved with the current system. Most communities across America lack a formal reintegration process which complicates the veteran’s return home.

The Need: The most researched aspect of separation from the military is the transition process. Countless articles, instructions, research papers, seminars, and workshops all focus on how one should plan, and execute their transition. The Department of Defense has developed a transition “check sheet,” an online course to help plan the transition, and provides transition advice during the Transition Assistance Program (TAP).  Additionally, numerous military service providers have published transition “how to guides” and conducted countless transition research studies. However, until now, no one has developed a tool to assist transitioning service members in automating the transition process. Several antidotal surveys of senior military members reveal a sense of feeling overloaded by the additional “transition” tasks that conflicts with their mission and  primary duties.

The Research: One of the main goals for nearly every veteran transitioning to civilian life is starting a new career. In a Pew Research Center study, 95% of veteran respondents sought employment after serving in the military.

The transition from military to civilian life can be hard. In the same Pew Research Center study, 26% of veteran respondents found shifting to civilian life to be very difficult or somewhat difficult; that percentage jumped to 48% for veterans who served after 9/11.

And even though veterans have access to plenty of resources to help them navigate their post-military careers, most of the resources work in silos and rarely integrate their services to provide a 360 degree of support. The result is a mis-managed transition fretted with countless missteps.

The solution: Transitioning from military to civilian life can feel overwhelming given the long list of things to do. To assist separating service members (and spouses) with the transition, we sought input from over 3500 veterans and other resources to create a timeline that helps them get started on the right track. The result is the automation of the DoD Managing Your Transition Timeline chart into the MYTT365.online app (www.mytt365.online). Like it’s document-based cousin, the app tracks all 55 tasks identified by the DoD.

The Managing Your Transition Timeline 365 (MYTT365) app supports separating service members, veterans, and spouses.  It is conveniently available via desktop, smartphone, and iPad, and automatically tracks: Separation date, 55 Transition Tasks, Appointments, Documents, Community Resources, Benefits, and Goals. Additionally, the app generates user-defined auto reminders, and features “how to” videos on various topics presented by experts in transition.  The app also has the capability of linking members with local resources and provides them with information on benefits, best places for veterans to live, and news & information on current trends.